GARY BARLOW, MAZZ MURRAY AND MORE TO BRING LONDON ALIVE!!!
Gary Barlow and Mazz Murray are just a few of the stars that will be performing across three days for Alpha’s London Alive.
Alpha’s London Alive is an event extravaganza that will run across three days in February 2021 for discerning members of the public, businesses, creatives, celebrities, and artists remindingeveryone that London is alive and kicking. Across the three days at Old Billingsgate Alpha will host four established dinner/ lunch events that all have one thing in common, their love for London and live entertainment.
18TH FEBRUARY THE LONDON LIFESTYLE AWARDS®
The three days will kick off with the London Lifestyle Awards® who themselves are celebrating 10 years of championing the very best lifestyle businesses in London. The London public have been voting in their thousands for awards across such categories as London’s Best restaurant, Best Theatre, Live Entertainment and Best Hair Salon culminating in this spectacular event.
19TH FEBRUARY WEST END THEATRE DAY
‘Acting for Others’ West End BrunchThis star-studded brunch will feature the great and the outstanding of the world-leading theatre district – the West End. 500 supporters of West End theatre will be in attendance, including, actors, producers, and directors, ready to enjoy a phantasmagorical brunch created by our world-renowned caterers. All proceeds from this brunch will go directly to the charity, ‘Acting For Others’.
Evening – The Best of the West End
On this very special night guests will be treated to incredible performances from some of the greatest stars of the West End and Broadway. Previous performances include Olivier Award Winner, Ruthie Henshall, multi-award-winning West End legend, Ramin Karimloo, TV & West End ‘Superstar’, Ben Forster, We Will Rock You & Mamma Mia! Legend, Mazz Murray, Broadway favourite, Michael Xavier, X-Factor winner, Ben Haenow, and top-selling artist, Michael Ball.
20TH FEBRUARY – LA DOLCE VITA – AN EVENING WITH GARY BARLOW
La Dolce Vita created for those who appreciate the finer things in life. Previous La Dolce Vita events have been held in London, Dublin, New York, Montreal, Monaco, and Dubai. An
exclusive, inspirational event, making dreams become reality. This is the first year that these events have been brought together for Alpha’s London Alive, C.E.O of Alpha Solutions whose brainchild is Alpha’s London Alive Roger Purkiss ‘’ London is a hugely important city not just for us at Alpha but for the country as a whole, the city has suffered greatly in 2020 and we just wanted to be able to remind people how great London is and what it has to offer to Londoners but also visitors alike. We have been able to attract world class talent to perform across all four events and we are so looking forward to ensuring we have a great time and remind ourselves what London is all about’’.
Previous guests to these individual events include Sting, Lionel Richie, Beyonce, Simon Cowell, Sinitta, Christopher Biggins, David Seaman, Arlene Phillips, Oti Mabuse, Simon Webbe,
Duncan James, Lee Ryan, Antony Costa, Darren Gough, Kimberley Wyatt, Kate Garraway, Roman Kemp, Ruthie Henshall, Ben Haenow, Alexander Burke, Darcey Bussell, James Brown,
Aretha Franklin, The Stereophonics, Ronan Keating, Craig David, Will Young, Beverley Knight, Lemar, Wyclef Jean, Bono, Jay-Z, Natasha Bedingfield

CHARITY ELEMENT:
Alpha’s London Alive are currently working with several charities who will directly benefit from the 3- day event. Full details to follow.

Note to Editors:
The above release is “just the beginning”… the start of much more to come.
THE ALPHA FAMILY
With over 30 years’ experience The Alpha Family incorporates: Alpha Solutions, a UK Based Business Services Group – providing cost-effective solutions and incorporating over 20 specialist and independent companies. Alpha Rewards – a cost effective rewards platform assisting business with staff rewards and job retention. The beating heart of the family The Alpha Club, a Private Members Club for ambitious professionals and owner managed businesses offering access to luxury money cannot buy events and bespoke concierge services. All working together to provide quality products and solutions with integrity at its heart and the mantra “serious business can be fun” 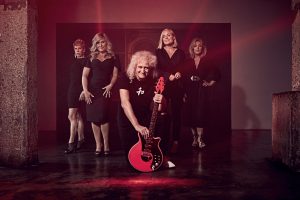 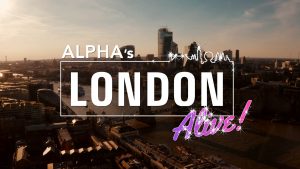